Notre Dame Fighting Irish lacrosse were awarded the #7 seed in the NCAA tournament and will host 9-time national champion Johns Hopkins this Sunday at 7:30, ESPNU.

This will be the first night lacrosse game at Arlotta since the 2016 playoff game versus Air Force.

On selection Sunday, Notre Dame’s RPI remained high enough that it did not appear tournament selection would be an issue.  The Irish ultimately got the 7th seed and a home game.  Winner to play the winner of Duke/Richmond at Shuart Stadium on Long Island he following week. 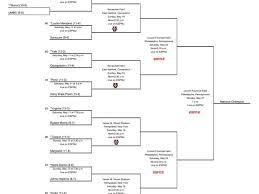 This will be Notre Dame’s 14th straight appearance in the NCAA tournament, and 9th straight where the boys earned a home game.

The Blue Jays (8-7) come into the game on a bit of a hot streak.  Three weeks ago they got smashed by #1 seed Penn State, 9-20 to put them at 6-6 and with playoff prospects dim.  They recovered with two strong wins over Maryland, followed by a 17-18 OT loss to Penn State in the B1G Championship.  They looked good throughout this run, and the two Maryland wins were enough to get them into the tournament and to establish good momentum.

The Blue Jays are led by coach Dave Pietramala, one of the greatest defensemen to ever play.  Their scoring is led by the excellent freshman Joey Epstein with 45 goals and 22 assists.  Cole Williams and Kyle Marr combine with Epstein to provide the vast bulk of the Hopkins scoring, and they have quite a few other players capable of scoring if too much attention is given to the big three.  Almost 2/3rds of their goals are assisted.

Ryan Darby is their goaltender, saving at a .451 clip.  Over the season, faceoff have been taken by Kyle Prouty and Matt Narewski, who combined for a .549 win rate.

The Blue Jays don’t have an area in which they are dominant, but they don’t have any glaring weaknesses, either.  They are above-average across the board.  The Irish will think they hold some advantage in the ground ball and goaltending areas, but not an overwhelming one.

This is very exciting.  The boys will be looking to make a statement in their opening game.  Whether they can will depend on these questions:

There are all sorts of considerations going into this playoff weekend!

When you’re inside the mind of senior goalie Samantha Giacolone, one thing’s certain…