Notre Dame picked up comfortable wins in each of the first two rounds of the NCAA Tournament this week. They will now make the short trip to Chicago to face Texas A&M in the Sweet Sixteen.

Apparently there were some worries going on behind the scenes in the days leading up to the first round. Marina Mabrey hyperextended her knee in Monday’s practice and didn’t practice at all until Friday. Abby Prohaska twisted her ankle in Thursday’s practice and was a gametime decision for both of the first two rounds. Jessica Shepard suffered from strep throat this week. After an overall healthy season (especially compared to last year), it must have felt like it was all going to pieces at this key time. Fortunately, all three players recovered enough to contribute in both games. Mabrey’s scoring took a hit (0 points against Bethune-Cookman and 2 against Michigan State), but she still impacted the game by racking up assists.

Saturday’s first round game pitted the 1-seed Irish against 16-seed Bethune-Cookman, making their first ever NCAA Tournament appearance. After waiting almost two weeks between the ACC Tournament and this game, the Irish had a bit of rust to shake off during the first few plays. They quickly got down to business, however. Dominating in the paint once again, the Irish stormed to a 29-12 lead by the end of the first quarter. With a 25-0 run spanning the end of the first quarter and well into the second, the lead became insurmountable in a hurry. The Irish led 51-19 by halftime and then cruised to a 92-50 victory. The large lead allowed the starters to get a little rest as some of the bench players got extended minutes in the game. Abby Prohaska and Mikayla Vaughn both played over 20 minutes, with Danielle Patterson adding 13. Vaughn tallied a career-high 11 rebounds, and finished one point short of her first double-double. Ogunbowale led the scoring with 23 points, with Shepard, Turner, and Young all finishing in double figures as well.

Notre Dame hosted Michigan State in their second round game on Monday. The Spartans were able to hang in with the Irish in the opening minutes. The Irish settled into their groove quickly however, and after breaking a 6-6 tie with a Brianna Turner layup, they never looked back. The lead grew to 11 by the end of the first quarter (25-14) and ballooned over 20 before the halfway point of the second quarter. The Irish gave a strong rebounding performance, and Jackie Young continued to contribute in every area. Everything seemed to be working for the Irish offense as they cruised to a 52-26 halftime lead capped off by a trademark buzzer beater from Ogunbowale. In the process, Turner collected a record-setting board as she passed Ruth Riley’s school record of 1,007 career rebounds, and Arike Ogunbowale surpassed 2,500 career points.

With the comfortable lead going into the third quarter, the Irish seemed to cool off a little and MSU was able to prevent the lead from growing at the crazy pace of the first half. Despite some turnover struggles for the Spartans, they played a fairly close quarter with the Irish. The lead grew slightly to 73-43 by the end of the quarter. With a 30-point lead, the bench players were able to get extended minutes again in the final quarter. Senior walk-on Maureen Butler hit a layup with 2:17 remaining in her last game at Purcell Pavilion, much to the delight of the starters on the bench. The game ended with a 91-63 victory for Notre Dame, and a 10th straight trip to the Sweet Sixteen. Ogunbowale, Young, Shepard, and Turner all finished in double-figures, led by Ogunbowale’s 23 points. Turner and Young both finished with double-doubles, after Young flirted with another triple-double but finished a little shy with 21 points, 11 rebounds, and 7 assists (plus 2 blocks and a steal, because why not?).

Based on the ACC Tournament and now two NCAA Tournament games, it still seems like the Irish are peaking at the right time. All of the pieces are in place for another deep run if they can keep it going (and avoid further injuries/illnesses). Scoring over 90 points in both NCAA games, the Irish are averaging 94 points per game this postseason. They won the NCAA games by an average of 35 points. This is largely due to their continued dominance in the paint – they outscored Bethune-Cookman 58-10 in the paint, and MSU 52-34. They have also been winning the rebound battles, outrebounding Bethune-Cookman 49-28 and MSU 49-37, which has allowed them to collect second-chance points as well. While there is still a bit of a question mark defensively, they have shown stretches of very effective defense recently. Overall, it’s a fun time to be an Irish fan.

When the team scores 88 points or more at home, the fans in attendance get coupons for free burgers. I’ll track which player is responsible for feeding the fans most often during the season.

I’m not sure if they actually give out the burger coupons at NCAA Tournament games, but for the purposes of my totally made-up award, I’m counting them towards the total. The Irish hit the magic number in both of the games this week. Mikayla Vaughn hit a layup to get to the benchmark on Saturday, and Maureen Butler closed out her last game in Purcell Pavilion with a burger basket. Vaughn’s burger basket was her third of the season, giving her the outright win. Congratulations to Vaughn on this very prestigious honor. 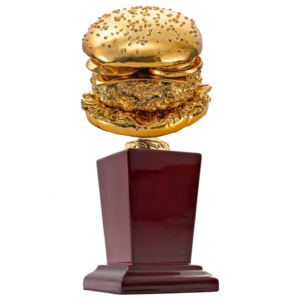 If they win Saturday: 4/1 – ND vs. Stanford or Missouri State

While you wait for the Sweet Sixteen, you can check out the McDonald’s All-American Game on ESPN2 Wednesday at 5:00 to see future Irish players Samantha Brunelle and Anaya Peoples.

In a repeat of last year’s bracket, the Irish will be taking on Texas A&M in the Sweet Sixteen. In that contest, the Irish came away with a hard-fought 90-84 win en route to their national title. Last year’s Aggies finished the year at 26-10. This year’s stand at 26-7. However, don’t expect Texas A&M to look too familiar. Of the five players who started last year’s Sweet Sixteen matchup for the Aggies, only Chennedy Carter remains. That’s plenty of reason to worry, however – Carter was a tough matchup for the Irish as she scored 31 points in the game. She’s averaging 23 points per game this year, but scored 27 and 30 in their first two Tournament games. It will be interesting to see how the Irish choose to defend her.

If the Irish advance to the Elite Eight, they will face the winner of a Sweet Sixteen game between 2-seed Stanford and 11-seed Missouri State. Missouri State is the highest remaining seed in the tournament, but looked impressive against Iowa State in the second round. Stanford topped Oregon for the Pac-12 Tournament title this season, and also handed Baylor their lone loss of the season back in December. It isn’t a smooth path back to the Final Four for the Irish, but it’s going to be fun to watch.

Do you have any concerns over the bench, or is the starting 5 so overwhelming that any contribution from Prohaska/Vaughn/Nixon, etc. will be gravy?

I’m not super concerned about the bench for the rest of this season, barring injury trouble for the starters (I don’t even like to type that). The starting five are such crazy scorers that I think the biggest role of the bench is just to give them some time to rest. That said, I do have concerns looking towards next season about who is going to step up when at least four of the starters will be gone.